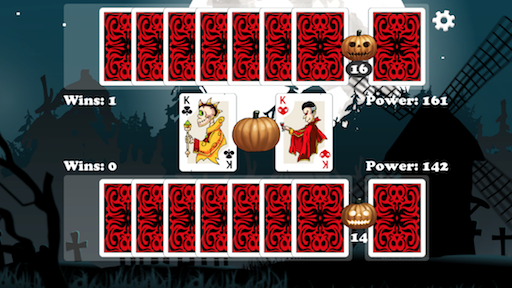 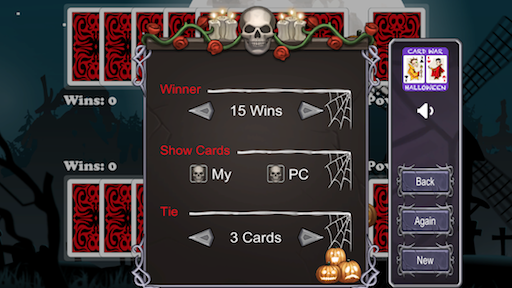 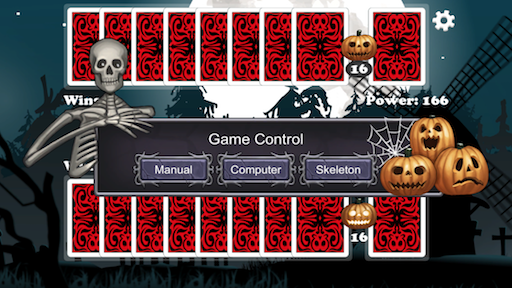 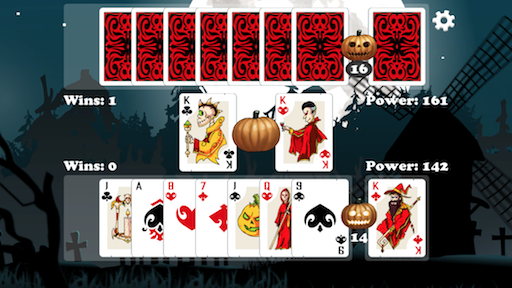 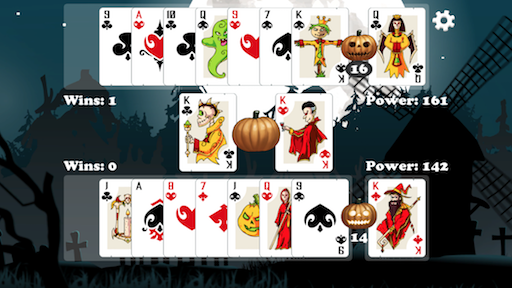 War - Card War - Halloween is a classic card game dedicated for entertainment. This version of the card war brings you behind the scene of the game thanks to new features.

• to see your or opponent's cards

• to play the same game with new features

• the status of power

The cards are divided between two players. Each player reveals the top card of their stack and the player with the higher card wins the “battle” and takes both of the cards played and moves them to their stack.

If the two cards played are of equal value, then a “war" occurs. According to settings 1 - 15 cards are placed on the desk and again the higher card wins the “battle” and take all cards.

© 2015 All rights reserved.
Make a free websiteWebnode
This website was built with Webnode
You can also have an impressive website for free!
Try it out